Almost all nursing home abuse cases settle before trial. Largely because of punitive damages, many of these cases settle for significant amounts of money. To obtain punitive damages, the plaintiff must essentially prove that the tortfeasor (negligent actor, or in this case, the nursing home) intentionally disregarded a known danger and thereby put other people at risk.

Most pressure sore lawsuits fit this standard, because many of these instances occur because the nursing home is too understaffed to properly care for all its patients. This is a clear instance of putting profits above people, and many jurors abhor this attitude.

A Philadelphia jury awarded a widow $5 million in punitive damages after it heard testimony about the death of nursing home resident Joe Blango. According to the plaintiff, the facility failed to treat Mr. Blango for serious decubitus ulcers. Mr. Blango suffered for two years and lost twenty-eight pounds while he struggled to recover from the bedsores.

Although she suffered from dementia, 82-year-old Martha Pierce was in relatively good health when she checked into a Memphis nursing home. However, she soon developed bone-deep pressure sores that became infected with bacteria from her fecal matter. Doctors had to amputate her leg, and she later died.

In delivering the verdict, jurors specifically noted the lack of staffing at the nursing home.

Results like these do not occur easily or quickly. Instead, attorneys must spend long hours collecting evidence to build winning cases, then leverage all their skills as legal advocates to bring about the best results possible under the circumstances.

Make sure you have the right legal representation. Contact an experienced lawyer in your area today. 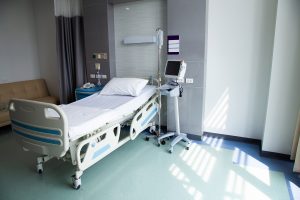 In December 2019, a Coles County jury awarded $14 million to Mark Allen, for injuries he said were the result of medical negligence by Sarah Bush Lincoln Health Center (SBLHC). It is one of the largest awards in a Coles County civil trial and the … END_OF_DOCUMENT_TOKEN_TO_BE_REPLACED

Every day, millions of people put their very lives in the hands of doctors, nurses, and other healthcare professionals, but these people who have chosen a career caring for others are human and will make mistakes. In an ideal world, no doctor, nurse, … END_OF_DOCUMENT_TOKEN_TO_BE_REPLACED

These statistics aren’t meant to scare you, although they probably will, what we really want is for you to be aware of both how common medical negligence really is, and how rare it is for patients to take legal action when they are harmed. When … END_OF_DOCUMENT_TOKEN_TO_BE_REPLACED